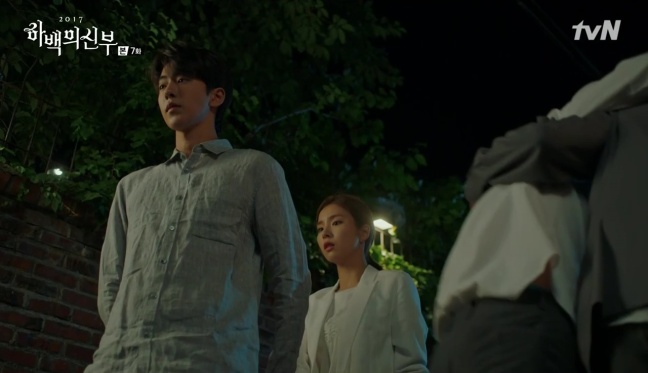 Apparently this episode revealed tons of secrets as to why Habaek lost his powers. It so happened that it involves a lot of Minor Gods in the mix. In addition it was Moo Ra who ordered Geol Rin to leave a mark on Habaek, which proves the theory that Moo Ra was jealous of the woman named as “Shin”, the woman who was able to live in the Realm of the Gods. One-sided love for both Moo Ra and Bi-Ryeum who seems to be concerned over Moo Ra when that person was brought into topic. 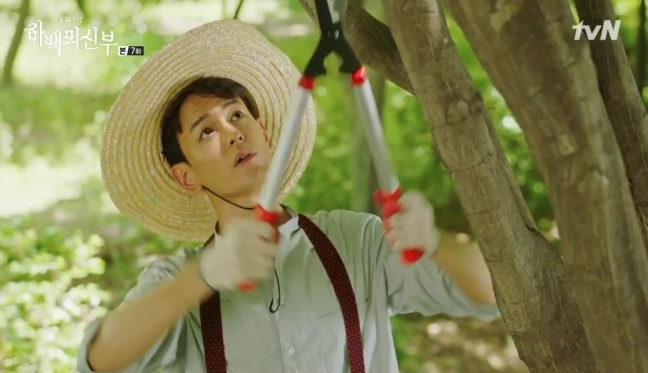 And my theory proved right as CEO Hoo Ye is not really a human but a God as well (I would assume that he is a Minor God). One proof was when he cleared a bug on the blind girls arm and it went on flames. The second one was when Habaek approached him at the final scene and told him that he was caught. What is CEO Hoo Ye’s intention? Is he the reason why Joo Dong is missing all this time?

On a side note, I really like how Habaek is getting jealous on this episode. It’s fun to watch So-Ah feel guilty for selling her land to CEO Hoo Ye.

This episode revealed that CEO Hoo Ye is interested in So-Ah on a personal level. At this time I have no idea if this is also part of his plan or this is something out of his playbook.

On the preview it shows that Hoo Ye’s ability is greater than Habaek. What kind of abilities does he have? Is it a fire element which was seen on the burnt bug on this episode? We’ll have to wait until tomorrow to find out.

What do you think Hoo Ye’s powers are? just leave a comment on this blog entry. Thanks for reading and I do hope you enjoy this drama like I do.