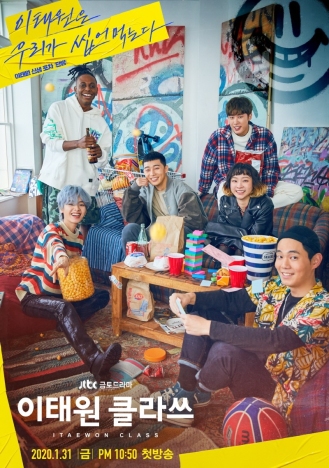 Plot
This drama is about Park Sae Royi as a man, whose father was accidentally killed in a car accident by his biggest enemy, whose family owns Jangga, the biggest food company in Korea. He gets imprisoned and vows to avenge his father’s death by taking down Jangga. He starts a small bar called DanBam and meets his team. Will he be able to succeed in both his business and revenge or will he give up his dreams?

Review
I really waited for this drama to come out and while it did not disappoint, it didn’t wow me either. While the story is the usual revenge drama, the whole drama felt very different from others – I don’t know if it was because of the way they shot the scenes, or because the episodic stories were different. The show tackled a lot of social issues, including transgenders and foreigners in Korea. I think this is not something the regular dramas feature in their stories so kudos to this show for highlighting something new.

To be honest, there were some parts that were boring, and I was a little disappointed with PSJ’s acting. he really acts well when he has to be emotional, when dealing with Jangga, fighting with the son, crying over his dead father, but the rest of the time, he had a blank look on his face that sometimes I wonder if it’s intentional – like he is just living day to day but not really ‘living’ his life. but he didn’t feel like his usual self. Secondly, his character is too straight laced and stubborn, to the point that sometimes I want to give up on him. The ending when he got down on his knees and begged,though i’m proud of him to do that, because that means he finally learned how to be a good person just like what his father taught him; I get that he got down on his knees to show that you do that to protect your family and loved ones, and there’s nothing shameful in going down on your knees for them, but I feel like the show only did that for Saeroyi to show that he loves Yiseo, which is different thing. But i’m still okay with this ending.

Yiseo started out as the cocky bratty kid who thinks she knows everything but I’m proud of Yiseo for growing to be a beautiful woman inside and out. She used to not care about other people and hurting their feelings, was too business minded and didn’t care about relationships but she changed a lot. and I think it’s because of Saeroyi. She loved him and wholeheartedly supported him, told him her feelings and waited for him without asking anything else in return.

Sooah, on the other hand, was too confident that Saeroyi loves her after so many years, that he will just rescue her once Jangga is gone and they will leave happily ever after. She didn’t do anything to maintain /protect Saeroyi’s love. Instead, she even worked for Jangga, his mortal enemy and did some dirty work for him too that was detrimental to Saeroyi. Did she honestly think that Saeroyi is stupid and blind enough not to realize that and fall for another person who did more for him?

Between the two of them, who should Saeroyi choose? I think Saeroyi made the right decision to choose Yiseo. It’s really not how long you waited for that person, but it’s who made you a better person, who stood up for you and supported you for better or worse and who will be there in the future. For those saying it was Soo ah who took down Jangga and not Saeroyi and he should love Sooah, I want to say that Soo ah did not do that for Saeroyi, she did that to pay back his father.

As for Jangga, this is one of the main thing I’m confused about. I don’t know why Jangga is too angry at Saeroyi. I mean he’s a little kid and you’re a grown man and yet he feels so powerful at lording over a guy who is way younger than him? I would be embarrassed for him, that he is fighting with someone not even his equal. Plus, how can he say that he is so great when all he has been doing are dirty tactics to get ahead with his company. He can’t even play fair and he’s happy when he wins? I think Jangga got to arrogant that’s why he fell big time. Just like Saeroyi, I also didn’t feel triumphant when Jangga got down on his knees and begged. I thought finally, this whole thing is over.

Also wanted to say that the last 3-4 episodes of itaewon Class felt like a different drama altogether. Suddenly we have kidnapping and showdown between the two guys, ugh, was disappointed how everything turned out, except for the last episode when everything became bright and happy again.

Lastly, Jang Geun Soo is probably the lamest bad guy in kdrama history. He looks like a kid trying to act tough he can’t hold a candle to Saeroyi.

Overall, this drama had a lot of interesting life lessons that we can all reflect on, but there were also some parts that were boring and didn’t make sense. Looking forward to PSJ’s new movie and drama (and please grow out that ugly chestnut hair!!) 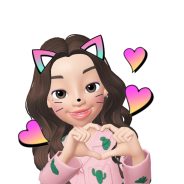 daydreamer, bookworm, music lover, movie addict. in my alternate universe, i am an a-list popstar and a best selling novelist. View All Posts